What if the Federal government wasn’t a representative democracy by elected officials but was represented purely by capital? That is to say, to participate in politics your voting power is determined by how much money/property you own. We already have the understanding that the electoral college gives more representative power to land owners in flyover America. See Electoral College

If that directly translated to voting power, the wealthiest people of each sector would determine the country’s future. This means pharmaceutical companies, real estate tycoons, tech companies, rich jews living in California, and farmers whose property or farm is extraordinarily profitable, all bring their pitchforks to congress.

What would they argue about, if it was a direct capital popular vote?

The drug companies might try to sedate people. The farmers who care about the earth rather than profits might continue trying to feed people, however I have known farmers who grow inorganic crops with pesticides that they don’t eat themselves, instead they have a separate less profitable organic crop growing just for their own family. They understand there is a certain level of “hipster mumbo jumbo” that makes organic valuable and it really is all edible food, even if they aren’t eating it.

The real estate tycoons might try to convince people to buy houses or condos, but suburban America would disappear. The reason is, there are a lot of people in real estate that think it’s unsustainable. Even from a simple logistics standpoint it’s easier to build lots of houses closer together and sell houses in your own region than trying to travel all over town. Rich jews are just going to keep doing whatever is good business, so we can dump all of their voting power into the other 4 categories.

Rich tech companies. What motivates them? I think ultimately they want to see the world improve. I doubt any of them are intentionally trying to destroy economies and overthrow local governments. Maybe only to the extent of getting the country to participate in their products. However, if technology companies invented something like the cure for cancer, cellular regeneration, telomere repair and immortality, uploading consciousness, then there is a whole new market of politics because now the richest tech company owners buy themselves everlasting life and continue to influence politics that way.

Elysium comes to mind as being the most accurate representation of a capital representative government.

The Giver is a good example of pharmaceutical sedation.

Here's a meme I created and sent to Jeff Bezos 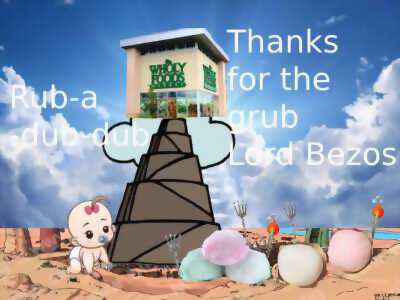